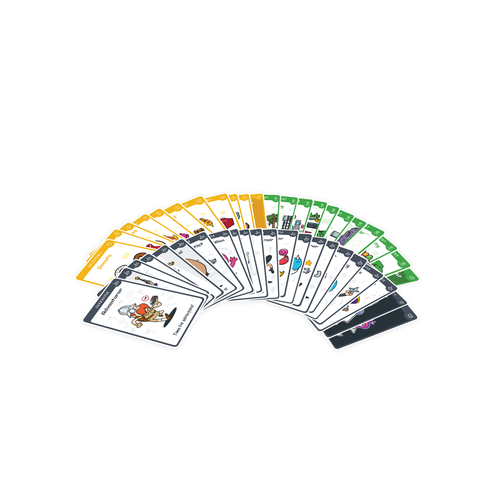 Build a Video Game in Minutes

Give you students a head start creating their video games.  Using the Story Builder Card Deck, builders will pull a Character, Environment, and Collectible card to randomly generate a story for their video game. Their game could be about a Mad Scientist collecting Fish at the State Fair for his next big experiment. Each of these 40 illustrated cards include an illustration to inspire their game art in the Bloxels EDU app, while still allowing for complete customization of their own video game. Go from card, to board and blocks, to building your video game in minutes!